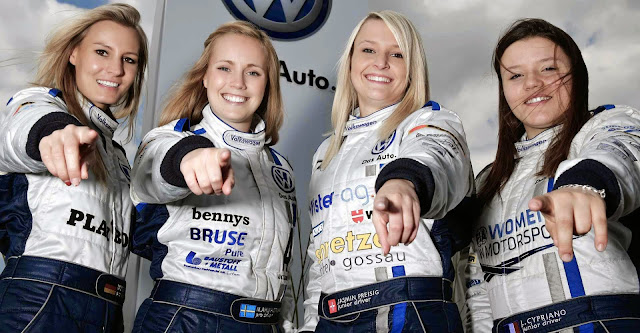 Sabine (Yerly) Amweg - drove in the Swiss Renault Clio Cup in 2008, and the European Clio Cup in 2009 and 2010. She was tenth in 2008 and eighth in 2009, with a best finish of fifth. Her 2010 results are not forthcoming. Prior to the Clio Cup, Sabine has been active in motorsport since at least 2001, when she used a Mazda MX-5 Cup car in hillclimbs. The same car was used in 2002. She still competes occasionally in hillclimbs, in the Clio. In 2011, she drove a Clio in the Renault Sport Speed Trophy of the VLN in Germany, with Christof Stadler and Fred Yerly. In 2014, she drove the Clio in the Rundstrecken Challenge, at the Nürburgring. Along with Fabian Danz, she won her class, and was 29th overall in the three-hour race.

Petra Beyrer (Gasser) - Swiss driver and former bodybuilder, who took part in long-distance touring car races in Germany in 2006. Her team-mate was Nicole Müllenmeister, and they drove a Honda Civic. They were 80th in the Nürburgring 24 Hours, seventh in class. She was due to be part of a team in the VLN championship at the Nürburgring in 2007, but had to pull out. Previously, she raced in the Toyota Yaris Cup for three years, after several seasons of karting. Her best Yaris Cup finish was 20th, in 2005, and she was fourth in the Coupe des Dames. She planned a comeback in 2008, but it did not happen. She aims to return to motorsport at some point.

Luana Krattiger - half-Brazilian, former karter who had her first senior motorsport experience in 2013. She raced in the Renault Clio Cup in Italy, and won the Junior and Ladies categories. She was quite competitive from the beginning, and usually in sixth or seventh place. Her best result was third, in the last race of the season, at Imola. She was sixth overall. Away from the circuits, she was the navigator in the course car for the Rally Ronde del Ticino, in a Mitsubishi Lancer Evo IX. The driver was Andreas Krattiger. Although she was linked with a drive in the 2014 Clio championship, it did not happen, and she does not appear to have raced in 2014.

Jasmin Preisig - began her senior career in 2013, in the Opel Astra OPC Cup in Germany. Her most noteworthy result was a sixth place in the 6-Hour race that was part of that series. She also competed in hillclimbs, in a KTM X-Bow. At the beginning of 2014, she was one of a small number of drivers selected for a scholarship drive in the Volkswagen Scirocco-R Cup. It was a difficult learning year for her, but her results did improve, and her best was an eleventh place, at the Nürburgring. Towards the end of the season, she was getting closer to the top ten, and was 18th overall. In 2015, she took part in the OPC Astra Cup, a one-make championship within the VLN. She was fifth overall. She continued to race the Astra in 2016, in some rounds of the ADAC TCR touring car series. Her best finish was a twelfth place, at Hockenheim, from four races. She did a full TCR season in 2017, in the Astra, and earned her first TCR top-ten, a tenth place at the Nürburgring. She was 31st in the championship. She drove a similar car for Steibel Motorsport in 2018 and the Nürburgring was her best track once again, the scene of her best finish, an eleventh place. She bounced back from a bad accident in 2017 to finish 22nd in the championship. In 2019, she was part of Carrie Schreiner's all-female "Girls Only" team for the VLN, driving a VW Golf. She did two rounds of the championship, finishing second and fifth in the SP3T class with Carrie Schreiner and Ronja Assmann. The same team entered the Nurburgring 24 Hours but did not finish.

Women Drivers in the DTM: the "Masters" years 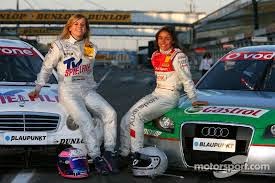 The DTM was revived in 2000, after its earlier incarnation folded, as the Deutsche Tourenwagen Masters. It was now a silhouette series, with cars based on production models.
The new DTM attracted strong driving talent, and in recent years, it has become a favoured championship for teamless Formula One drivers and World Endurance Championship regulars, with some younger specialists. Female drivers have not done as well as before, and have been less present. This may change in the future.

Women Drivers in the DTM: the "Meisterschaft" years 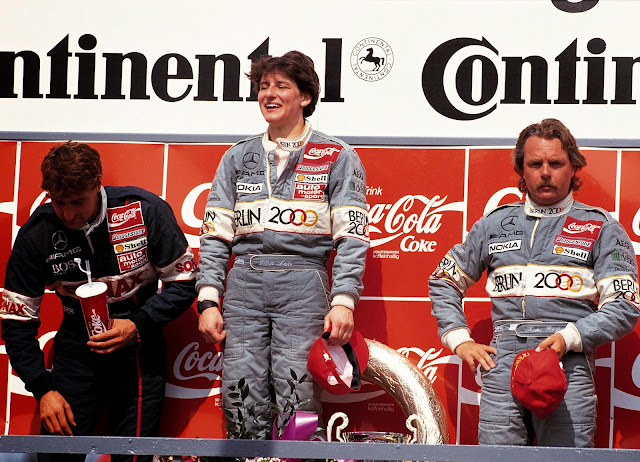 The DTM (Deutsche Tourenwagen Meisterschaft) was (and remains) Germany's top-ranked touring car championship. It began in 1986, evolving from the Group A-based German Production Car Championship. Women drivers featured in it right from the start, with Beate Nodes, and especially Ellen Lohr, achieving success.
As time went on, budgets for the series became very high, as DTM cars only had to be based on production models. In 1996, it was run as an FIA touring car championship, but after that, it was retired in its current form. The new DTM (Deutsche Tourenwagen Masters) debuted in 2000. 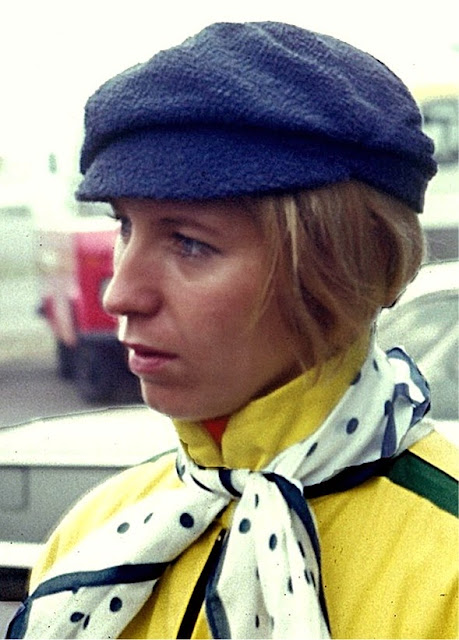