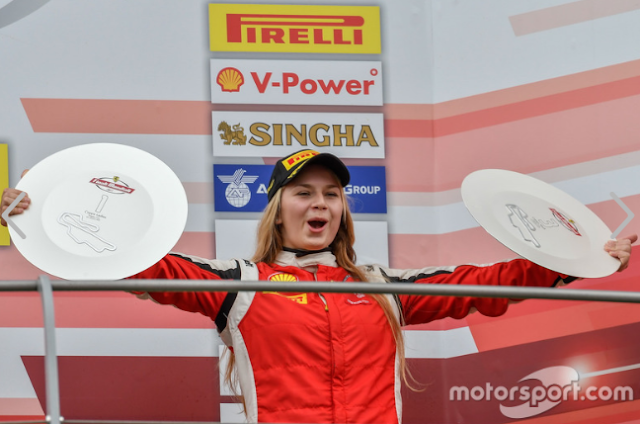 Fabienne Wohlwend is from Liechtenstein and races in the Ferrari Challenge in Europe.

2016 was her first season of senior motorsport, after eight years of karting. She won two junior karting titles at home in Liechtenstein and also ran well in the Swiss championships.

She raced in Italian Formula 4 in 2016, as Liechtenstein has very few motorsport facilities of its own and no major championships. Switzerland hosts no petrol-powered motorsport at all. She did almost a complete season for Aragon Racing, as a single-car team. Her best finishes were two seventeenth places, at Adria and Vallelunga, and she was unplaced in the championship. At the end of the year, she chalked it all up as experience, describing Formula 4 as a “racing school”.

In 2017, she moved focus from single-seaters to tin-tops and sportscars. One reason for this was that she wished to continue her banking apprenticeship as well as her racing, and single-seaters required more intensive commitment. She was eleventh in the final season of the Audi Sport TT Cup, with four top-ten finishes. The best of these was an eighth place at Hockenheim. This was impressive considering that she had no budget to test the car, relying on track tests in a TCR-spec car and simulator work.

On the sportscar side, she raced in the Ferrari Challenge Europe in a 488, and won a race at Imola. Despite only doing six rounds of the fourteen-round championship, she was sixth overall, due to her four podium finishes. At the end of the year, she was third in the World Final, driving for the Octane 126 team.

Octane 126 retained her services for the 2018 season. She was racing their 488 in the Pirelli Trophy Amateur class of the Ferrari Challenge. The class was dominated by British driver Chris Froggatt, but Fabienne managed to win three times at Misano, from pole each time, and secure seven additional podiums. She was second in the class.

At the end-of-season world finals, held at Monza, she won the Trofeo Pirelli for amateur drivers outright, leading comfortably from Martin Renaldi Hutasoit.

She was accepted as a driver for the all-female W Series in 2019 and often showed great pace in qualifying which did not always translate to on-track position. She was third at Misano after starting from pole and this was her best finish of the year. She was sixth in the championship.

As well as W Series, she continued in the Ferrari Challenge in 2019. Her best finish during her Trofeo Pirelli Europe part-season was a fifth place at Imola, and she was fourth in the World Finals at Mugello.

Branching out further, she also entered a round of the VLN at the Nurburgring in a BMW, although she did not finish.

In 2020, she will continue her double-headed attack on W Series and the Ferrari Challenge.

Fabienne still worked part-time in banking to help fund her sporting activities until 2019. 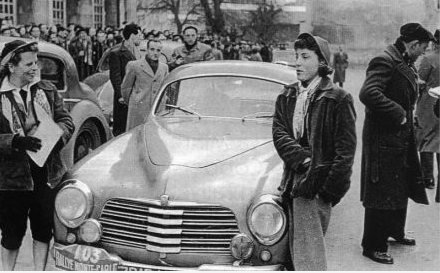 Yvonne and her co-driver Regine Gordine at the 1951 Monte

Yvonne Simon was a versatile French driver who showed skill in both sportscar racing and rallying in the 1950s.


She raced Ferraris at Le Mans twice, in 1950 and 1951. Her first attempt, partnering Michel Casse in Luigi Chinetti’s 166 MM Berlinetta, ended with an empty fuel tank on lap 25. However, a second run in the same car in 1951 gave her and Betty Haig a 15th place, third in class.


Her two Le Mans entries came in the later part of her career, which had begun in the 1930s. Among her earliest achievements was a second place in the 1937 Paris-St. Raphaël Rally driving a Hotchkiss Grand Sport. She was only 20 years old. Two years later in 1939, she won the all-female event outright, in the same car. A few months earlier, she had won her first Monte Carlo Rally Coupe des Dames, driving the Hotchkiss with Suzanne Largeot and starting from Athens. This was her third attempt at the Monte, after failing to finish the 1937 event in a Matford and co-driving Louise Lamberjack’s Hotchkiss to eleventh in 1938.


Among her other notable pre-war rally results was a seventh overall in the 1939 Criterium Paris-Nice, in the Hotchkiss.


She began circuit racing not long after her rally debut, in 1938. She and her rally team-mate Suzanne Largeot entered the Paris 12 Hours at Montlhéry, driving a Simca belonging to Yvonne. They were eighth overall, second in the 1100cc class.


Her earliest win was in a ladies-only race using Renault Juvaquatres. It was held at the Péronne circuit as part of that year’s Picardie Grand Prix. Yvonne defeated Hellé Nice to win. She entered one other women’s one-make race that year at Comminges, but the result is not known.


As soon as motorsport recommenced after the war, Yvonne was back in action. She shared a Delahaye with Germaine Rouault for the Spa 24 Hours in 1949 and was eleventh overall, first in the 4000cc class. The car was probably Germaine’s.


It seems to be about this time that Yvonne got to know Luigi Chinetti. She raced against him in that year’s Spa 24 Hours, which he won. In 1950, she started racing his Ferrari 166 MM. It is sometimes credited as Yvonne’s own car, but its chassis number, 0042M, remains the same.


Her first race in this car was the Circuito de Porto, in which she was fourth overall and won her class. She also competed in the Rouen and German Grands Prix, although the results are not forthcoming.


In the same car, she won a 3-litre race in Nice and finished the Mille Miglia, 90th and seventh in class with Alberico Cacciari. Later in the year, she was sixth in the Circuito di Senigallia.


She even drove the Ferrari in the Paris-St. Raphaël Rally and was second overall. Rallying was far from forgotten: she had already finished second in the women’s standings in the 1951 Monte Carlo Rally in a Simca. The Ferrari made another unlikely rally appearance in the Rallye du Maroc, held in the Atlas mountains. Yvonne and Alberico Cacciari were 19th.


Entering a different Ferrari herself, she had another go at the Senigallia race in 1952, but did not finish. She was also eighth in the 1952 Reims GP and thirteenth in the Bari GP. This car was another 166, but had a Zagato body. For the St. Raphaël Rally, she drove a Renault 1063 and posted the first of three consecutive wins.


1953’s racing season was meant to start with the Mille Miglia, but the Fiat 1100 that Yvonne was scheduled to share with her St. Raphaël rival Paola della Chiesa did not make the start. A couple of months later, a last outing in the Ferrari led to an eleventh place in the Monza Grand Prix. Most of Yvonne’s major races this year were in Italy; she raced another Ferrari in her only attempt at the Pescara 12 Hours in August, sharing with a driver called Giarelli.


Her biggest home race of the year was also the major debut of her new car, a 745cc Panhard Monopole. She was fourteenth in the Reims 12 Hours with Jean Hémard in this car. Early in the season, it had proved itself a decent rally car with the first of two St. Raphaël wins.


In 1954, driving the Monopole, she was fourth in the Nimes GP, just behind Elie Bayol. She entered the Reims 12 Hours again with Jean de Montrémy in the same car, but they crashed out.


The same car and driver pairing attempted the Bol d’Or in 1955. The race was held at Montlhéry over 24 hours and they were tenth, second in the 750cc class.


This was Yvonne’s last major circuit race. She continued in rallying for another couple of seasons and won her final St. Raphaël event in 1957, driving the Panhard. 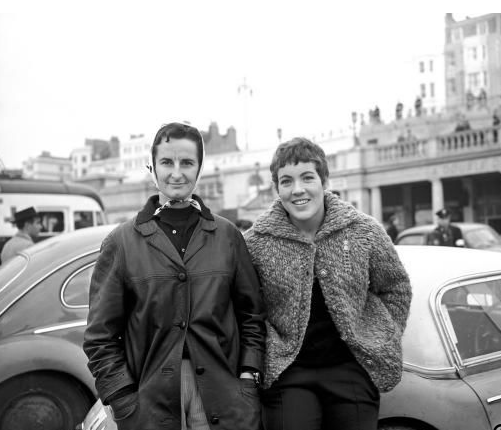 
The RAC Rally, now known as the Wales Rally GB, has its own ladies’ award, usually for the best-performing all-female crew. It is not awarded every year, but this list is almost certainly incomplete and will be extended in the future. If you have any information, please comment or message me.


In the early days, separate awards for female drivers in Open and Closed cars existed. These were scrapped in the mid-1950s when car classes changed.

(Image copyright S&G and Barratts/EMPICS Sport)
Posted by Rachel H-G at 14:38 No comments: