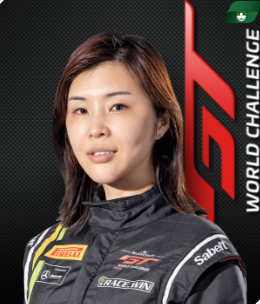 Naomi Ran Zhang is a Chinese driver who has been active since at least 2009 and is currently racing GTs in Asia.

Her Chinese name is Ran Zhang, but she uses the Western name Naomi.

She has been showing her versatility since her first year, when she raced in the Clio Cup and Asian GT Masters. Driving a Ferrari 360 Modena in the GT Masters, she won Class B, with one victory.

The following year, she tried single-seaters, in the form of Asian Formula Renault, but was not as fast, and only finished 17th at the end of the season. Her best finishes were two eighth places, at Zhuhai.

In 2011, she kept her options open, with guest appearances in the China GT Challenge, in the Ferrari, and the Volkswagen Scirocco-R Cup. However, her main focus was Formula Pilota in China. She was 24th overall after a part-season, one of four women who entered that year.

A break from motorsport followed.

More recently, she has been active in the Blancpain Endurance Series. Her first race in the Blancpain championship was in a Mercedes AMG GT4 run by Craft-Bamboo Racing, shared with Diana Rosario. They were fourth and sixth at Ningbo in 2018.

She raced in Europe for the first time that year, taking the wheel of a familiar Audi R8 LMS Cup car at the Nurburgring. A large number of Asian LMS Cup drivers came over for the two races, in which Naomi was twelfth and thirteenth.

In 2019, she joined up with the iRace team, sharing a similar Mercedes with Alan Yeo at Sepang and finishing fifth in the GT4 class twice.

At the age of 35, she also returned to single-seater racing in 2019, driving for KRC in the Asian Formula Renault series. She was tenth and ninth in the Pro class in her two races at Zhuhai in March. 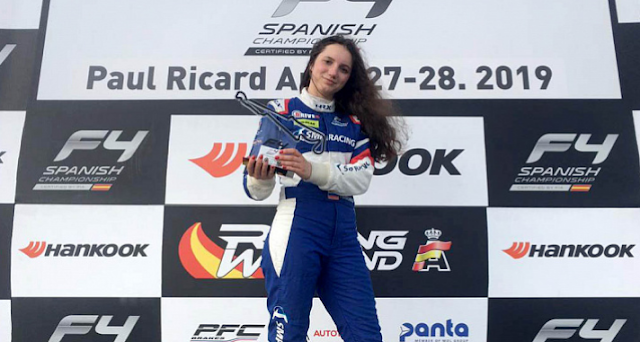 Irina Sidorkova is a title-winning junior touring car driver from Russia who has recently moved into single-seater competition.

She first raced at a Moscow rally show in 2015, when she was just eleven. This was the beginning of her involvement with the Volkswagen Academy which supported the saloon part of her career. Prior to this, she raced karts in Russia, Estonia and Finland. She won a championship in Estonia in 2012.

Her early interest seemed to be in rallying; she was a junior in the Rally section of the VW Academy and drove a Polo in a Finnish rally, where she was 22nd overall. This was before she even hit her teens.

She then gravitated towards the circuits and raced a Volkswagen Polo in the Russian national junior touring car championship. In 2017, she won two of her eight races, at Fort Grozny and Nizhny Novgorod. She also scored two second places at Smolensk. This took her to second place in the National Junior class of the Russian Circuit Racing series. On ice, she won in St Petersburg, taking home the Ice Circuit Racing Cup.

In 2018, she updated her second place to a championship with three wins in the early part of the season, at Fort Grozny and Smolensk. Three further podium positions kept her ahead of her Polo team-mate, Pavel Kuzminov.

Late in the season, she was entered into the Assen rounds of the SMP Formula 4 championship. This was her first experience of single-seaters and she finished all three races in thirteenth place.

At the beginning of 2019, she was announced as one of SMP’s drivers in the Spanish Formula 4 championship, in a car run by the DriveX team. She was still not yet sixteen. Her first meeting with the series at Navarra resulted in her first top ten, an eighth place. She later finished sixth at Motorland in Spain. Overall, it was a tough learning year and she waas 19th overall. She did slightly better in the SMP F4 series, finishing sixth.

Her management expressed hopes that she will represent Russia in the W Series in 2020, a wish that was granted during the second round of driver selections.