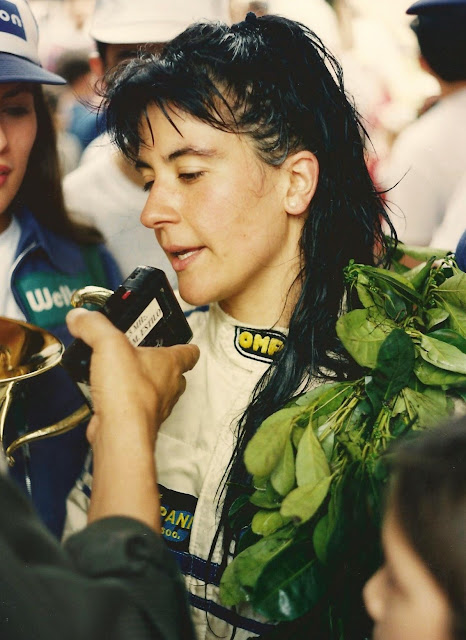 There was some crossover between the two championships, with several drivers moving between them, including Marisa Panagopulo, who won both, Karina Furlan and Claudia Teatini. A number of drivers from outside Argentina raced in the two series over their lifetimes. These included Shantal Kazazian, from Chile.

The Copa de Damas was quite closely associated with the Turismo Carretera touring car championship in Argentina, and some of the drivers from both ladies’ championships later joined the TC grid. They included Marisa Panagopulo and Ianina Zanazzi, who also raced single-seaters, with some success.

Interest in women-only competitions was dwindling towards the end of the 1990s. The Nissan-based series was replaced by a similar one for the Vauxhall/Opel Corsa, but this too disappeared after 1999.

For profiles of some of the drivers who raced in these series, try here.
The Campeonato Brasileiro Ford Fiesta Femenino, a similar Brazilian championship, is discussed here.

(Image from http://commons.wikimedia.org/wiki/File:Marisa_Panagopulo.jpg)
Posted by Rachel H-G at 14:22