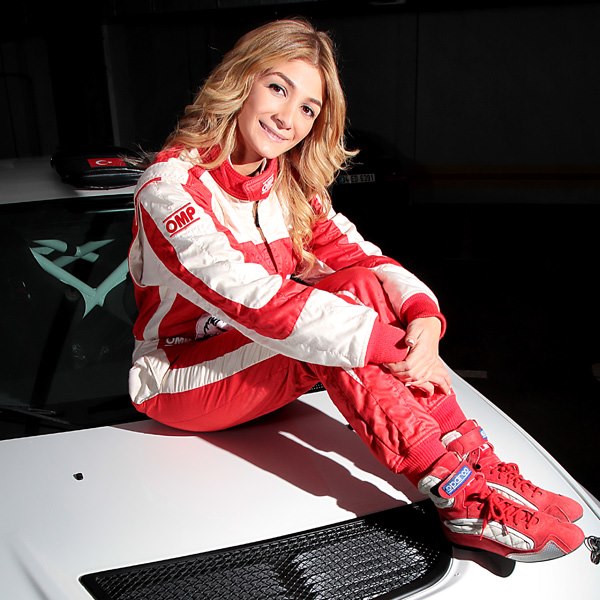 She began by racing a Honda Civic and a Fiat Palio in rallycross and autocross, in 2008. Her first championship was the Safari Cup.

She tried out hillclimbs and more autocross before entering her first stage rallies in 2010, when she was 21. Her first rallies were in the three-round Istanbul Championship, and she was sixth, second in the ladies’ standings.

Driving a Ford Fiesta run by the Go Race team, she took part in the Turkish championship in 2011, and finished four of the seven rounds. Her best result was twelfth in the Yeşil Bursa Rallisi, and second in class. The Hittite Rally gave her 19th, a second top twenty position. She picked up another class runner-up spot in the Istanbul Via/Port Rally, and was 21st overall. At this time, Burcu Cetinkaya was Turkey’s leading female driver, and she picked up the Coupe des Dames. Throughout her career, Simin has always had a rival for the Ladies’ award.

In 2012, she switched to an S1600 Fiat Punto, which proved more reliable. It was run by Pegasus Racing. She was twelfth in the Hittite Rally, and scored her first class win. This was one of two, as she picked up another in the Ford Otosan Kocaeli Rally. She was also fifteenth in the Yeşil Bursa Rallisi. At the end of the year, she was 27th in the championship and the ladies’ champion. Burcu Cetinkaya was rallying in the Middle Eastern championship this year, but Simin still had competition in the shape of Burcu Burkut Erenkul, who was the same age as her, and appeared at the same time. As well as Turkish rallies, Simin drove in the Mabanol Rally Sliven, in Bulgaria, and was 21st. The Pegasus team had her carrying out some testing for their IRC car at some point, too.

She concentrated on the Turkish championship in 2013, driving a Mitsubishi Lancer Evo VIII. In this car, she achieved a class win in the Kocaeli Rally, and 18th overall, and her first top ten, a tenth place in the Bosphorus Rally. After that, she switched between the Lancer and the Fiesta, scoring one more fifteenth, in the Hittite Rally, in the Lancer. The Fiesta was less reliable for her, and she only finished one rally in it. She defended her ladies’ title and was fourteenth in the Turkish championship, and eleventh in the Balkan Cup.

In 2014, she upgraded the Lancer to an Evo IX. She took part in the Turkish championship, and finished in the top twenty of every rally she entered. Her best result was a thirteenth, in the Ford Otosan Kocaeli Rally. Although she did not manage any top tens this year, she was very consistent. Her navigator this year was a new one for her, Gurkal Menderes. No official ladies’ prize seems to have been awarded this year; Burcu Burkut Erenkul was out on the stages again, but did not record as many good finishes as Simin.

She defended her Turkish ladies’ title again in 2016, and was a consistent presence in the top twenty of Turkish rallies, driving the Lancer. She was thirteenth in the Marmaris Rally Turkey, and tenth in the Ipekyolu Rally. This was enough for second in Group N.

She did not compete in the Turkish championship in 2017.