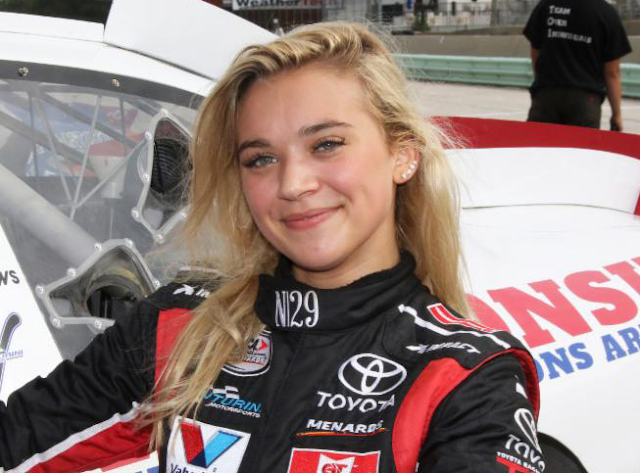 Natalie Decker made history in 2018 by becoming the first woman driver to start the Daytona ARCA race from pole. She was fifth overall.

This was the start of her second season in ARCA with the Venturini team, who ran her in seven races in 2017, driving a Toyota. Her best finish was seventh, at Elkhart Lake, and she also finished in the top ten at Pocono, the race before.

She did almost the full ARCA championship in 2018, nine top-ten finishes from 20 races, including two fifths at Daytona and Elko. She only missed the Michigan round after undergoing surgery for a hernia.

Her first attempt at a major race was in 2016. She tried to qualify for a Camping World Trucks race at Martinsville in 2016, after being supported by the Alan Kulwicki driver development programme. She did not qualify. She was part of a three-woman Decker family team, with her older cousins Claire and Paige. The two sisters just managed to qualify.

She returned to the Trucks series in 2019, driving for David Gilliland. Her first race ended in a crash. By her third, at Las Vegas, she was into the top twenty for the first time with a thirteenth place.

At the end of 2018, she was announced as one of 60 drivers on the longlist for the women-only W Series Formula 3 championship, despite having no single-seater experience. She made the initial cut and went on to test an actual F3 car in Spain, although she was not selected for the races themselves..


It was back to Trucks for the 2019 season proper. 2019 was not a vintage year for Natalie or her N29 team; eight crashes dented her chances somewhat. Her best finish was a thirteenth place at Las Vegas.

She crashed out of her K&N Pro Series East guest appearance, but her first of two ARCA races gave her a sixth. This was at Daytona at the start of the year.

She was part of the NASCAR Drive for Diversity programme in 2015 and has competed in late models and local truck and stock car events since 2013. She admitted in 2019 that she has been affected by juvenile rheumatoid arthritis for some years.