During the 1980s and early 1990s, Louise Aitken-Walker was one of Britain's best-known rally drivers. She was a popular figure on television - an appearance on Blue Peter led to this Scotswoman becoming a personal hero of mine from childhood.

She got a surprise start in motorsport, courtesy of her brothers. They entered her into a Ford "Find A Lady Rally Driver" contest they had seen in the Radio Times and as a result, she was selected for the Fabergé Fiesta Challenge in 1979, a race and rally competition for women. Nineteen-year-old Louise was fourth overall and won two of the rally events, Scarborough and Halewood. She also drove in the RAC Rally as a result, although she did not finish.
Preferring the rally side of four-wheeled competition, she continued to drive her Fiesta in British club and regional rallies, gaining more experience all the time. By 1981 she had progressed to a Ford Escort RS2000 and finished her first RAC Rally, after another retirement in 1980. She was nineteenth and fourth in Class Three. She also drove in the Scottish Rally, and was 41st in a Fiesta. Her best result was a class win and fourteenth place in the Manx Rally. Her co-driver was Ellen Morgan, another Fabergé graduate. They were to be a team for the next eight years. 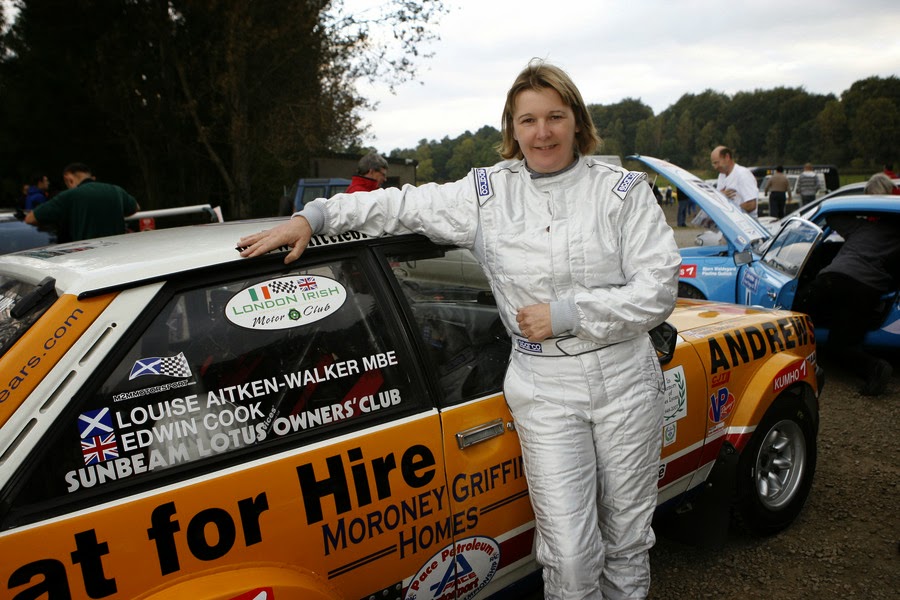 Louise in 2008
Her latest outing was at the Rallylegend show in San Marino, in October 2017. She drove a Talbot Sunbeam Lotus in the Star class, co-driven by her daughter Gina Walker.