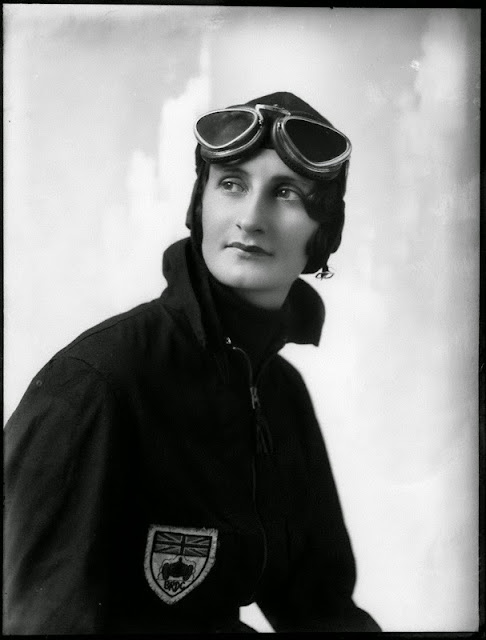 Known affectionately as "Bill", Elsie Wisdom was one of the first female winners in a mixed race at Brooklands, and probably its most prestigious female victor. In 1932, she and Australian Joan Richmond won the JCC's 1000 Mile Race in fine style. They drove a Riley Brooklands 9 at an average speed of around 90 mph for the best part of twelve hours, recovering from a spin and other mishaps. The win, in one of the longest races held at Brooklands, was rightly celebrated.

Elsie was married to motoring journalist and gentleman racer Tommy Wisdom. She began racing after her marriage. Her first notable results appear in 1931, when she was driving a 1500cc Frazer Nash Boulogne II. In this car, she set the Ladies' Record at the Shelsley Walsh hillclimb, and entered the Brooklands Double Twelve Hour Race with Don Aldington. Like many others, they failed to finish.

A switch to a Riley gave "Bill" and Joan Richmond their historic win the following year. 1932 also say Elsie driving a Leyland-Thomas special, solo. In it, she entered a Ladies’ race at the Autumn BARC meeting at Brooklands. Tommy also drove the car during that meeting. She also drove an Invicta in the Duchess of York’s race for lady drivers, losing out to Eileen Ellison.

In 1933, she scored another top-three finish in a prestigious Brooklands race. Driving an MG Magnette, she was third in the JCC International Trophy, behind Brian Lewis and Eddie Hall. That year’s race was a real war of attrition over 250 miles. There were seven finishers out of at least 28 starters.

The following year, she drove a Talbot in a Ladies’ Handicap over the tricky Brooklands Mountain circuit. She was third behind Doreen Evans and Fay Taylour.

Elsie often drove a Riley and was an occasional member of the works team. In 1935 she and Kay Petre raced for the squad at Le Mans, but retired with engine trouble. The following year, the pair scored another DNF in the Brooklands 500 Mile race, in a works Riley 6.

Elsie's first attempt at Le Mans had been in 1933, when she shared an Aston Martin with Mortimer Morris-Goodall. The car's bearings failed. She had another start in 1938 in an MG Midget PB with Arthur Dobson, but clutch trouble and an empty radiator put paid to that attempt.

Elsie drove a variety of cars during her career. She raced several different MGs, including a Magnette K3 in the 1935 Brooklands 500 Miles. This was Reg Parnell’s car, and she drove alongside him. A timing gear problem put them out of the race. Later, she drove a PB in the 1938 Irish Tourist Trophy with Dorothy Stanley-Turner. They came 23rd. On the 1937 Mille Miglia, Elsie and Tommy drove a Tipo SA Berlina together, but crashed out in an accident involving a lorry.

Arthur Dobson’s Fiat 508S had been her chosen car for the 1936 Tourist Trophy, but Elsie and her co-driver Mrs Dobson did not finish. She also raced an Alta at Crystal Palace, most famously in a high-profile ladies' race.

It was not just racing that she excelled at. In 1936 she and Tommy won the tricky International Alpine Trial, a mountain rally, in a Jaguar SS100. Elsie had driven in major rallies since at least 1933, when she entered the RAC Rally in an Armstrong-Siddeley. That year, she and Tommy tackled the Alpine Rally together in an MG. They finished the same event together with no penalties the following year, in a Talbot this time. In 1935, Elsie used a Chrysler and the Jaguar SS on the Monte Carlo and RAC rallies, respectively. After a season’s break, Elsie drove the SS herself for the 1938 and 1939 RAC Rallies, although she retired in 1939. In between, she used a Vauxhall for the 1939 Monte.

After World War II, Elsie concentrated exclusively on rallying, with some good results. One of her later finishes came on the Monte Carlo Rally, driving a Morris Minor with Betty Haig and Barbara Marshall, in 1948. She and Barbara drove again together on the 1950 Monte, but in a Vanguard this time.

She continued to compete regularly until 1951, when she temporarily called it a day after a serious crash involving her and Tommy on the Alpine Rally. They were no stranger to scrapes and had survived some previous rally disasters, including a crash on the 1949 Rallye des Alpes Francaises, so perhaps Elsie didn't want to tempt much more fate. Fittingly, the pair had won a Coupe des Alpes together earlier in the season on the French Alpine, in an Aston Martin. Elsie had competed with Sheila van Damm on the RAC and Monte Carlo rallies, in a Hillman Minx.

Both Elsie and Tommy continued to enter occasional rallies, but not together. Elsie was part of a three-woman crew for a Sunbeam Talbot on the 1952 Monte, along with her earlier colleague, Sheila van Damm, and Nancy Mitchell. In 1955, Elsie drove an Austin to 68th place on the Monte.

Elsie died in 1972. Her daughter was Ann Wisdom, navigator to Pat Moss in the earlier part of her rally career. After 1956, it was left to her to uphold the name of Wisdom on the stages.

(Image by Bassano, from the collection of the National Portrait Gallery)
Posted by Rachel H-G at 14:12