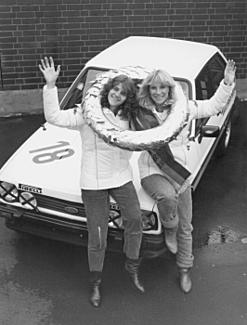 This series was a one-make saloon competition for women drivers, using identical Ford Fiestas. To begin with, they were fairly standard models, but after 1984, they were XR2s. It ran in Germany between 1982 and 1986, with a few races in adjoining countries. There were separate points awarded for German and international drivers, but only one winner per championship.

Towards the end of its lifespan, the Ladies’ Cup became less popular and grid sizes declined. It was retired after the 1986 championship.  In 1990, the Ford Fiesta Mixed Cup, a two-driver mini-endurance series for male/female driver partnerships, replaced the Ladies' Cup. Both Sabine Schmitz and Claudia Hürtgen tasted their first motorsport success in this championship, alongside Thomas Marschall and Michael Funke respectively. A large number of female VLN and German saloon racing regulars got their start in either the Ladies’ or the Mixed Cup.

The Mixed Cup was cancelled after the 1992 season.