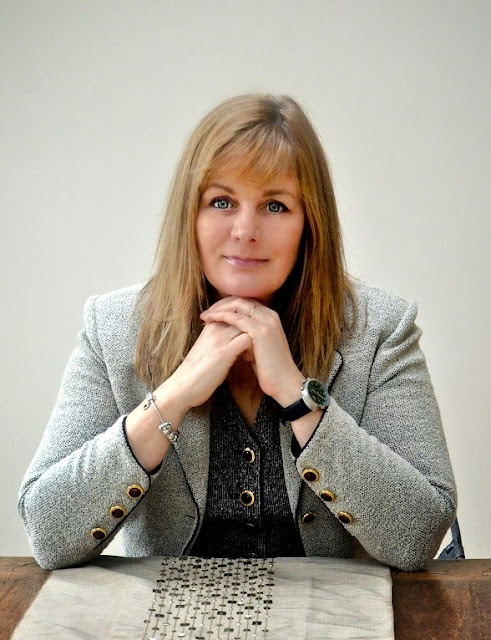 Helen is a former long-term Chairman of the British Women Racing Drivers' Club (BWRDC). During her twenty-plus years racing she has sampled many cars and formulae, and she is one of a select group of women racers who have driven a Formula One car in anger. She is also one of the much smaller group who have actually had the machinery, preparation and talent to use an F1 car to good effect.

Helen Bashford was born in 1958. She attended motorsport events as a teenager and was inspired to take the wheel herself when she watched Divina Galica racing at Oulton Park. She duly enrolled at the Jim Russell racing school to learn the basics, meeting her future husband, Vin Malkie, in the process.

Her first competitive outing was in 1977, and she was driving a Chevron B1. She had to retire when the car lost its oil, and it was this oil patch that sent Vin's car out of contention too. This incident did not harm their relationship, and the couple even drove together in sportscar races sometimes.

For the next few years, Helen raced in a number of sports cars and Formula Ford, both 1600 and 2000. She made the move up to Formula Three competition in 1985 and had an excellent season with a first, second and third place, plus a pole position start. She and Vin also teamed up for some Thundersports races, and came third in the Oulton Park round, driving a Chevron B19. One of the drivers they beat was Helen's heroine Divina Galica, who was seventh, which must have been an experience for Helen.

Motherhood beckoned for her during the mid-1980s, so her racing commitments were cut back. However, after the birth of a son and daughter she was off again in 1990, competing in Group 6 sportscars. At Silverstone she set a new Group 6 lap record and netted the first of her BWRDC Jamieson Trophies for the fastest lap by a British female racer. The Trophy was hers again the next year following some extremely quick performances in International Supersports. She came third overall in the championship.

After a relatively quiet 1992, Helen was on form again in 1993. She set another lap record at the highly-regarded Spa track, in Supersports this time. She was also second in the RJB Mining Group 6 series and won the Jamieson Trophy again. The BWRDC awarded her the Wakefield Trophy in 1994 in recognition of being the best-performing lady driver in the world.

At the beginning of 1997, Helen and Vin, who were now running their own car preparation business, purchased an ex-Elio de Angelis Shadow DN9B F1 car. Having secured sufficient funds, Helen entered the Thoroughbred Grand Prix Championship for 3-litre F1 cars. She had a remarkable first season with a best result of third at Brno, making her the first woman to take a TGP podium. She was a top ten finisher in every race she entered, despite only having a small amount of testing under her belt. She was tenth at Donington, fifth at the Nürburgring, sixth at Zolder and sixth at Brands. She was tenth overall in the championship table, which was a very good debut.

The F1 action carried on in 1998, and Helen almost created history when she led at Spa, against experienced competition like the eventual winner Bob Berridge. Sadly, an accident got in the way of a stellar result, and Helen limped home to eleventh. A mechanical problem put her out at Brands too, but the rest of the races led to strong top ten finishes: fourth at Monza, sixth at Most and seventh at Donington. She was awarded her sixth Jamieson Trophy at the end of the year.

A reduced Thoroughbred Grand Prix programme followed in 1999. Helen's Shadow was fourth again at Monza, ninth and seventh at Donington and a disappointing sixteenth at Brands. The funding ran out at the end of the year and Helen accepted an offer to test and race a new Panoz sportscar in America in 2000. The Panoz was designed for use in the Women's Global GT Series, an all-female racing championship that supported the ALMS. She took part in some of the races, but returned to Europe for the 2001 season.

For the next two years, Helen partnered French-American historic specialist Carol Quiniou in classic sportscar races around Europe. Her chosen car was the sleek Lotus 23B. During this time, she spent less time racing, and more time running the car preparation business she directs with Vin. One interesting story from this time was that she was to test an American stock car for the fledgling ASCAR series in the UK. The series promoter, Bob Berridge, had offered £100,000 in prize money to any woman who won a race. It is not known whether Helen did test, but she did not race in ASCAR, which failed to take off anyway.

Although no longer a regular racer, Helen remains very active in motorsport. She and Vin acquired the rights to the Chevron name, and were directors of Chevron Cars, stocking parts for new and classic sports-racers. They started manufacturing a road-going Chevron too. Both still occasionally race Chevrons themselves; in a 2003 club meeting at Brands Hatch Helen showed she still had the knack by coming third in two races in her own B19.

In 2013, Helen stepped down as Chair of the BWRDC, but did make a return to competition in the form of a hillclimb at Shelsley Walsh. She was driving a Chevron B19.